“It had been easier not to know what was hidden below the visible, beneath the bright surface of the cage” 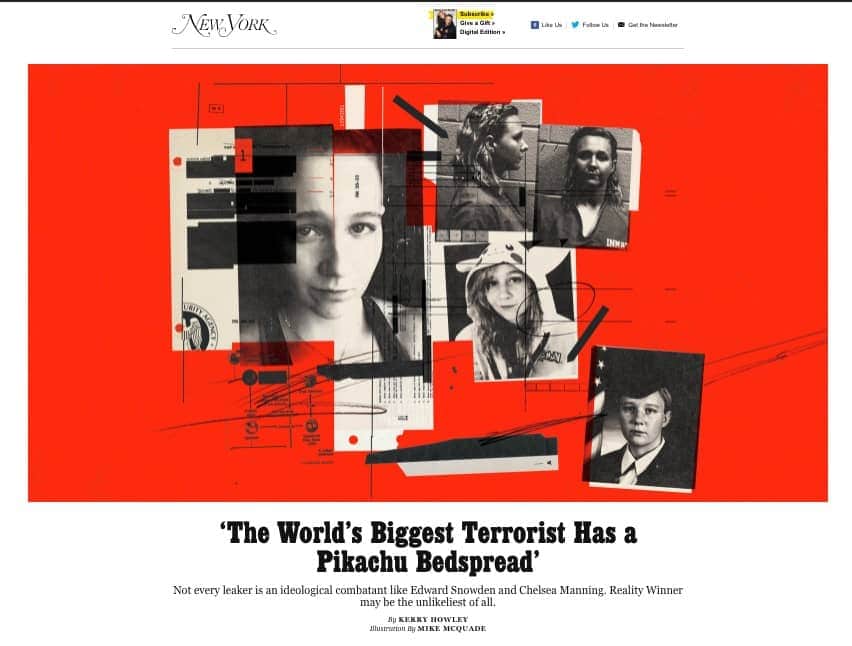 These volunteers should be able to do their work without having to worry that the United States government is monitoring what they read and write. Unfortunately, their anonymity is far from certain because, using upstream surveillance, the N.S.A. intercepts and searches virtually all of the international text-based traffic that flows across the Internet “backbone” inside the United States. This is the network of fiber-optic cables and junctions that connect Wikipedia with its global community of readers and editors.

As a result, whenever someone overseas views or edits a Wikipedia page, it’s likely that the N.S.A. is tracking that activity — including the content of what was read or typed, as well as other information that can be linked to the person’s physical location and possible identity. These activities are sensitive and private: They can reveal everything from a person’s political and religious beliefs to sexual orientation and medical conditions.

The notion that the N.S.A. is monitoring Wikipedia’s users is not, unfortunately, a stretch of the imagination. One of the documents revealed by the whistle-blower Edward J. Snowden specifically identified Wikipedia as a target for surveillance, alongside several other major websites like CNN.com, Gmail and Facebook. The leaked slide from a classified PowerPoint presentation declared that monitoring these sites could allow N.S.A. analysts to learn “nearly everything a typical user does on the Internet.”

Via The Next Web